Elephants have very different and irregular courtship habits. Elephants do not chose one mate for life, and they don’t mate with the same male repetitively. Their courtships are momentary and for the purpose of producing the strongest calf. Male and female elephants do not live together in the same herd. 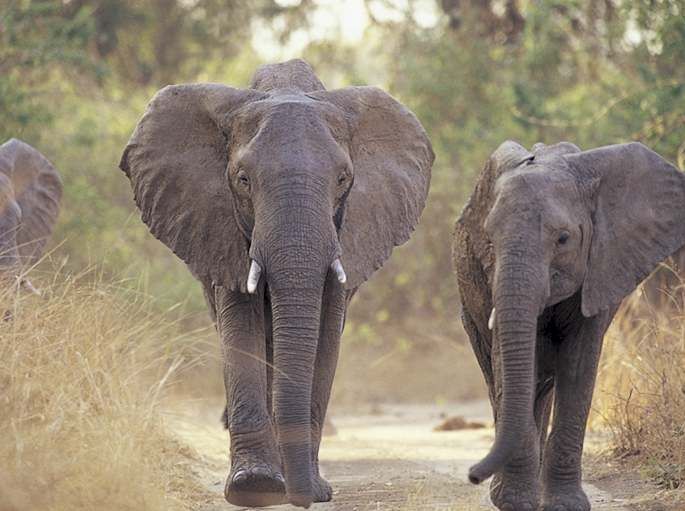 Elephants use not only their ears, but also their trunks and feet to hear. When a female elephant is in estrous, she makes a series of calls and noises to let males in the area know she is ready to mate. Elephants can pick up sound vibrations through nerves in their feet from miles away.

Male elephants contest through stand-offs and fights for dominance. Females prefer to mate with the biggest, strongest elephants and therefore usually mate with males who are 40 to 60 years old. Once a male wins enough battles and can approach a female, he begins stroking her with his trunk and pressing his tusks against her back to symbolize that he wants to mount her. He will often sample her urine to make sure she is in estrous. If she is interested, she will show affection by entangling trunks.

The male elephant sometimes spends time stroking the female, and sometimes flights. The female remains with her family herd while the male returns to his single life, usually to never see the female again. If the mating was a success, and the female becomes pregnant, it takes about 22 months before she gives birth. If she isn’t pregnant, she continues her estrous cycles until she becomes pregnant.